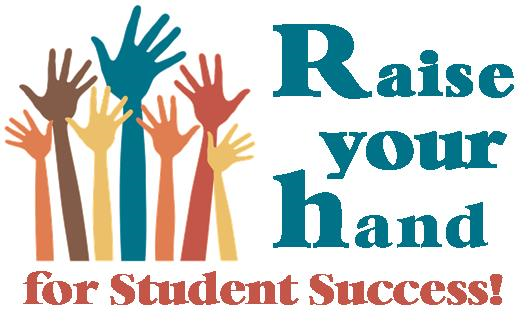 Anytime, Anywhere: The Future of Online and Hybrid Learning

In honor of National Education Week, the Lumina Foundation sponsored an event at Washington DC’s 1776, a startup incubator on 15th Street. The event, “Online and Hybrid: The Future of Learning Anytime, Anywhere,” included a panel of experts in education technologies, including John J. DeGioia, …President of Georgetown University, Chip Paucek, Co-Founder and CEO of 2U, a developer of online degree programs, Jeffrey J. Selingo, a journalist who focuses on the business of education, and Betsy Corcoran, Founder and CEO of EdSurge, an information resource for education technology. Goldie Blumenstyk, who writes about college finances and authored the recently released book “American Higher Education in Crisis? What Everyone Needs to Know,” moderated the discussion.

Much of the night focused on the economic need to better educate our children and young professionals. According to DeGioia, in coming years, there will be millions of jobs for which our educational system will have failed to train people. As he said, “Higher education consistently underperforms the economy,” and the need to leverage technology to improve the quality and scope of education is urgent. He discussed the potential for tremendous numbers of kids who would graduate college if given the opportunity to go and cited this as a reason that we need to continue to find ways to provide high quality education and access to that education. As noted by Paucek, releasing schools from their physical limitations by providing alternatives to traditional higher education is one effective way to scale up the learning that occurs at these institutions.

Though integrating massive open online courses and other online higher education tools provides great potential for re-vamping traditional education to provide a superior system, identifying precisely how to do so is quite complex and getting educators and institutions on board during the experimental phase we are in is challenging, according to Paucek, who praised Georgetown University for its leadership and dedication to paving the way to change in education. Georgetown has developed a Masters in Science program with 2U, as well as MOOCs using EdX. When asked why Georgetown, an institution that already has a highly favorable reputation, would take on the cost and risk associated with developing online courses and an online community, DeGioia responded: “We didn’t want to miss the opportunity…this is an exhilarating moment in higher education.” DeGioia went on to explain that with the unprecedented set of disruptions in education, we have a great opportunity to learn what parts of education we need to protect and sustain and what emerging opportunities we need to embrace.

The world of online higher education may be greatly enhanced by the efforts of schools like Georgetown. Paucek pointed to the negative pre-conceived notions of online education as one of his company’s biggest challenges. Selingo wrote earlier this week about the evolution of the perceived quality of online courses in a blog. According to Selingo, for-profit providers like the University of Phoenix were expanding in the 1990s when online learning was being introduced, which led to what was likely a misguided associated between the two. Thus, the perceived relative low quality of for-profit providers extended to online learning. Though Columbia University attempted to ameliorate the negative connotation of online courses in 2000, by launching an online program called Fathom, the program failed. It was the later emerging MOOCs that proved to catalyze a change in public perception of virtual education. Once highly reputable schools joined in the online education revolution, people had an easier time accepting online courses as a legitimate means for learning. Now that many leaders in education recognize the immense potential of building their own online tools, other schools are following, not wanting to be left out of a new era of education. Private educational companies, too, are recognizing the value of customized education and the growing likelihood that employers will recognize and appreciate skills acquired through whatever platform successfully endows those skills. These companies are thus also emerging as leaders in the education technology space.

Members of the panel agreed that as the MOOC revolution evolves, it will be important to find ways to incorporate into MOOCs some of the benefits of university life that are independent of course content. One important such benefit is that of networks. Though Corcoran joked that through these online educational tools, people will meet, socialize, and “yes, there will be marriages,” audience members expressed concerns over the differences in online chats versus live communication with classmates. It was generally agreed that lasting relationships and connections to alma maters are valuable aspects of traditional university settings that would ideally find some way into new educational models. Though some of the most progressive schools embraced online learning several years ago, MOOCs are today “where the Internet was in 1997,” according to Corcoran. There is, therefore, still time to get involved in the revolution. Nonetheless, developing online higher education tools is laborious and time consuming, and those that don’t begin making plans to do so will have a difficult time keeping up with the quality and convenience of education provided by other institutions in coming years.