Reconciling Scale and Quality in Education

There has been considerable excitement over the potential for massive open online courses (MOOCs) to provide education for unlimited numbers of students and at low cost. Over the past 400 years, …

we have seen the ratio of teacher to student increase. For example, during the Renaissance, the blacksmith to apprentice ratio was 1:1, whereas by the 1800s, small engineering labs included 1 teacher for about 15 students. In the late 20th century, the lecture halls we often see now at universities allowed 1 instructor to teach up to a few hundred students, and now MOOCs offer the ability for 1 such instructor to teach thousands of students. By capitalizing on current technology, MOOCs bring the traditional classroom to individuals’ computers around the globe and prove that scale is no longer a significant limitation in education.

See our infographic below.

Though expanding the reach of established systems of education is certainly a step forward in the goal to enhance education, MOOCs present additional benefits that are yet to be tapped.

Nathan Benjamin, our Director of Instructional Design, expands on this thought, "With traditional brick and mortar instruction, scale and quality have typically been at odds with each other. To provide access to burgeoning numbers of students, universities adopted a more industrialized, teacher-centered model. No sensible person believes these giant lectures are preferable to an apprenticeship or 1:1 discussion. The promise of online learning is that it can reconcile scale and quality.”

The past two years have allowed MOOC developers to achieve their initial goal of demonstrating both the scalability of educational courses and the abundance of demand for access to MOOC resources. Moving forward, the challenge for MOOCs will be in developing effective content and determining how to present that content in a way that provides educational value beyond what is seen in traditional course settings. “This is the next challenge for us as MOOC developers", Benjamin says.

Because MOOCs are in their infancy, they represent an opportunity to build a system from the ground up and to implement findings from research conducted long after traditional education systems got set in their ways. This includes offering more interactive content than the tradition lecture based model.

Tulane University has recognized this opportunity and has built a video game designed specifically for their course called Trauma. This course, which is aimed at improving behavior in high stress situations, incorporates the game as way to reinforce concepts learned in the course in an interactive, engaging simulation that could not be provided in a traditional classroom. See details about the course here 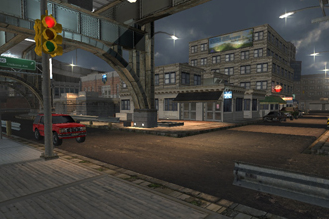 Rather than acting as a tool that extends the already established educational system by providing virtual access to it, MOOCs should be developed as a new educational technique. They should incorporate the successful aspects of traditional education systems, while seeking to leverage technology to offer a superior learning service at massive scale. We are in a new era of education, and applying evidence-based approaches to MOOCs as they are developed will be much easier than modifying them once they are already a mainstay of education. Further, as the MOOC era stems from growing capabilities in technology, it seems only fitting that MOOCs would capitalize on these capabilities to produce new tools for education.