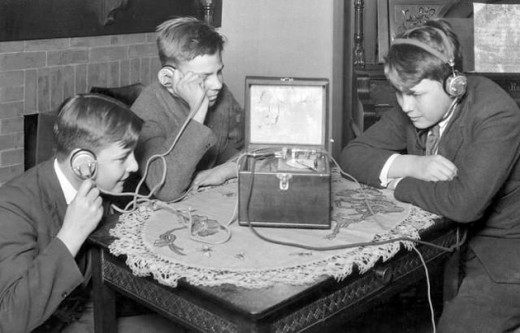 The Evolution Of Learning Technology And Education In The Information Age

For the last hundred years, many technologies have promised to revolutionize education. Historically, these technologies increased the reach of courses, at the expense of quality. However, MOOCs could perhaps be the first platform …where scale can be increased while maintaining quality near that of an in-person classroom. Further details are explained in our post on this education technology here

To help enable this vision, and not repeat past mistakes, we’ll take a look back at the history of learning technology over the past 100 years.

Radio was one of the first modern technologies applied to education. In the 1920s and 1930s, several schools, including Harvard, Columbia, and New York University, used radio as a way to broadcast lectures to students who mailed in their exams. Low attendance rates and the difficulty in identifying authentic exam answers plagued this technique for increasing the number of students who could participate in individual classes.

Following radio courses came video and televised courses. CD-ROMs and enhanced CDs were another platform used for software distribution and were popular until the mid-2000s. The linear fashion of information presentation ultimately limited the value of CD-ROMs, as it had with books and audible or viewable lectures. 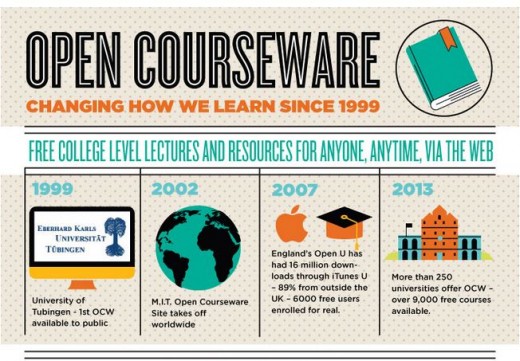 OpenCourseWare (OCW) started in 1999 in Germany but picked up speed when MIT launched its own OpenCourseWare in 2002 and was then followed by Yale, the University of California Berkley, and the University of Michigan. Though OCW perhaps had potential beyond that of previous educational tools, the intensive labor requirement of OCW posed a significant challenge for OCW.

The open educational resources (OER) movement led to the development of MOOCs (which was termed in 2008). A number of universities and institutions began developing MOOCs, and a few years later, the New York Times claimed that 2012 was “the year of the MOOC.” At this point, providers with solid financial backing, such as edX, Udacity, and Coursera began building MOOCs. A major benefit of the MOOC is the ability to bring several resources together in one place, including traditional linear material and assignments, as well as interactive and dynamic resources that include communicating with others. 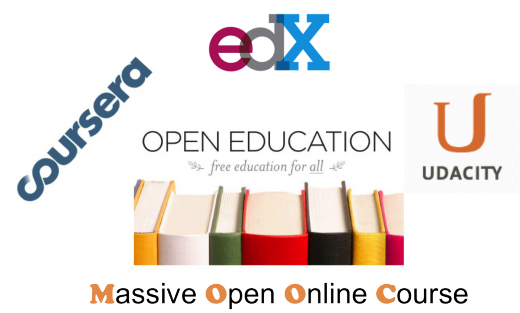 The novel aspects of MOOCs and their deviation from previous educational business models have contributed to them being considered disruptive in higher education. By their nature, MOOCs are designed to reach limitless numbers of students, and because of the digitalization of information, they are also accompanied with the capacity to capture data that can serve as the basis for research in the quality of both aspects of MOOC implementation and those of educational content. For the first time, we might be able to scale educational resources, while maintaining educational quality. These features of MOOCs represent a shift in the role individual educational resources play in education and carry with them significant potential for making MOOCs tools for both understanding the nature of learning and for delivering more effective learning systems. We are excited to see how MOOCs are adopted and enhanced in the next 5 years, with the hope that MOOCs truly will revolutionize higher education and corporate online learning, rather than be another flash in the pan.