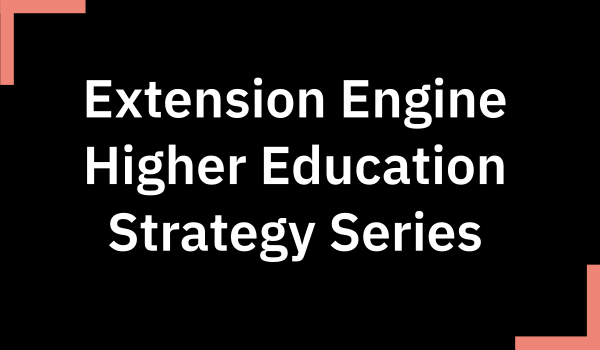 In this series I have made the case for why a higher education institution needs a strategy. Then I highlighted the importance of understanding an institution’s competitive position within a market and, frankly, to underscore that market positioning should be paramount in any discussion of the design and launch of educational programs.

Higher Education Strategy Series: This is entry #5 of this series. This page describes the whole series and provides links to all of the articles.

While Michael Porter’s generic competitive strategies are important and useful, further work can be done to provide guidance for the leader of an institution in relation to defining its generic strategy. Similarly, this advice applies to the leaders of a program who need to define its strategy (almost certainly within the context of the institution). In this essay I define the Generalized Differentiation (GD) model. In the next one I highlight the insights it provides.

1. Purpose of this model

The GD model adds details to Porter’s framework, and the end result is that it is easier to draw conclusions that drive a leader’s decision-making related to an institution’s strategy. After a leadership team completes the analysis for a program following the GD model, leaders will have established a language for talking about the program, agreed on the target clusters the program is attempting to reach, and defined the program features that will figure prominently in the institution’s investment and marketing plans.

Note carefully that, similar to Porter’s generic strategies, a GD strategy is not a fully specified strategy; I address such a strategy in parts 9-14 of this series. A GD strategy focuses on the prospect’s decision, an intermediate step that is one piece of, but not the same thing as, the overall success that an organization hopes to achieve. This model merits time and space here because it emphasizes points that are important to the organization’s eventual success as well as blind spots for many higher education institutions.

The mathematical model is presented in detail in my white paper on this topic. It uses the language of mathematics to ensure clarity; while true, this can also be an obstacle for comprehension. So I provide a general text description below; the interested reader should use the appendix in the white paper for a more detailed description.

This model is structured around the prospect’s decision to enroll at an institution. It is a maximization model in which a prospect chooses to enroll in a program that provides the maximum perceived value compared to all other organizations that he/she is considering.

The basic assumptions underlying the GD model are fairly unproblematic:

It is critically important that an institution include the appropriate features within this list. This knowledge can only come by getting familiar with target prospects and how they decide between programs. Including inappropriate features in this list could lead the institution to invest in a program that has no realistic chance of succeeding; the investment would raise the cost (and, probably, the price) of deploying the program while simultaneously failing to make it more attractive to prospects. It must be understood at the beginning that investing in a process to improve the program’s knowledge of the target market should never end. Prospects and the market evolve over time, and both can change enough that what was once an attractive program can become one that is easily dismissed.

A program is assumed to have a limited budget to spend on features, so it must allocate this money effectively. It needs to guide its investments with its understanding of the features that target prospects value and how prospects make decisions. This raises three concepts that need further investigation: target prospects, decision rules, and value.

For all but the largest and most ambitious institutions, the program is not going to be designed for and marketed to the whole market. The program will focus on a subset of the market. It is generally assumed that prospects can be grouped into clusters such that all of the prospects within a specific cluster have relatively similar value profiles and minimal values across the set of features; that is, each prospect within a cluster mostly values the same features at the high end and the same features at the low end. Of course, this is not strictly true, but it helps us think about the market in a productive manner. Different organizations define different clusters and different numbers/sizes of clusters depending on how they think of the market.

This foundational integration of a program’s chosen target market into the model removes Porter’s two focus strategies from consideration; actually, other than having a different label, the analysis for whole-market strategies is the same as for focus strategies (just as it was with Porter’s initial analysis). Further, since we have already seen that a cost leadership focus is just another type of differentiation focus, this model is, at its core, an assertion of the following:

I have used the term value without clarifying it; I’ll address that now. Prospects are assumed to place a certain value on each feature. The prospect first chooses which features are satisficed and which are maximized. For the satisficed features, the prospect decides the minimum quality that is acceptable. The prospect disqualifies any programs in which the satisficed features do not meet the minimum requirement. Next, for all of the maximized features, the prospect allocates 100 value points across them all—think of allocating 100 percentage points—so that the more important features receive more points than others and the least important features receive the fewest. For example, suppose that prospect 4 has five maximized features when comparing programs. If V(4, ‘library’) = 0.05 (that is, assigning 5 value points to the library), then it can be inferred that a library is not important to this prospect.

I do not assume that prospects have perfect knowledge of all of the features of all programs under consideration. This is reflected separately by the knowledge factor in the model. Knowledge can be thought of as the percentage awareness that a particular prospect has for a particular feature at a particular program; e.g., a 0.5 would reflect that a prospect thinks he/she is only partially knowledgeable about the quality of a specific feature of a particular program. Of course, it is probable (or even certain) that a prospect does not have a full understanding of what he/she knows; that is, it is not possible to know what one does not know. This means that decisions can be sub-optimal. The institution has to work to minimize errors of this sort but cannot eliminate the possibility.

One of the jobs of marketing is to increase the knowledge of prospects within the program’s target clusters related to the quality of features that are important to those prospects. This requires that the institution know the following:

The program will never have perfect answers to all of these questions, but better information should lead to better decision-making (both by the prospects and by the institution).

All of this leads to the following equation, which we’re not going to be able to ignore, for the overall value that a prospect t places on program p :

Here is a simplified verbal form of that equation:

Thus, if a program wants to be chosen, then the program’s leadership should focus on improving those features that prospects value the most, improving the knowledge of prospects about those features, and marketing a program to prospects who value its strengths. This figure walks the reader through this equation term by term and considers how each term affects the overall value that the prospect places on a particular program.

After determining the overall value for each program, the prospect then would choose the program with the greatest overall value.

I want to be clear that we are not going to be doing any computations when choosing between strategies. When I am asking you to assign value points or knowledge points, I am not doing it as a prelude to calculating overall value. The value of assigning these points comes from the discipline that it places on the thinking process and, more specifically, the group decision-making process. Everyone has to put their cards on the table, making their arguments about the following questions:

Having done this, and come to some type of compromise on all of the above, then the leadership team would look for the following problems that the above analysis should have raised:

Every year this whole process should be repeated so that leadership's knowledge of the market is maintained. It might be the case that different features become more or less important so that the prioritized list has to be shuffled.

For this series, I am posing activities for an educational leader to complete. The unifying project for these activities is to define a medium- and long-term plan for competing and winning online. For all of the following, think of a specific program that your are thinking of taking online.

Feel free to reach out to me if you have any questions or comments.

Define and Act on Your Institution’s Strategy

Dr. Scott Moore has written a 15-part series on defining and acting on a higher education strategy to guide leaders during these difficult times. It is targeted at educational leaders who are participating in shaping their school's actions during and after the COVID-19 pandemic. 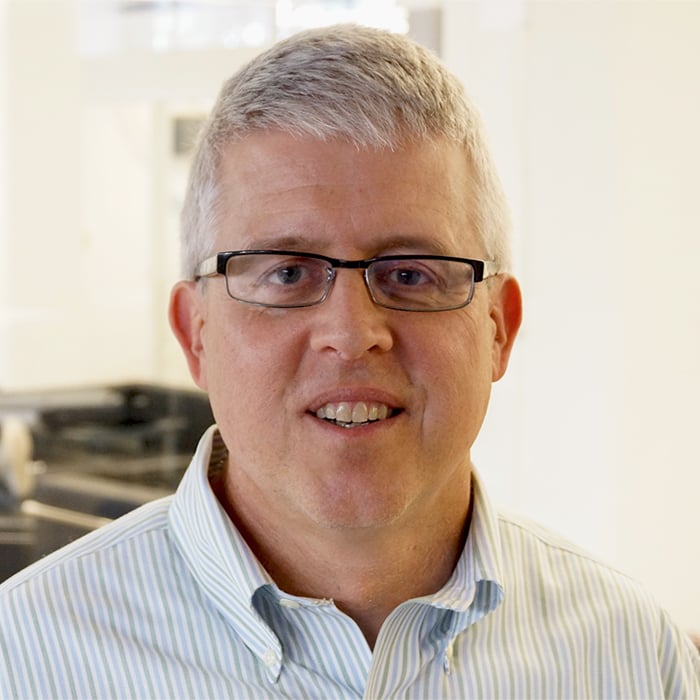 Dr. Scott Moore is a former Principal Learning Strategist at Extension Engine. In this role, he led the global Custom Learning Experience practice. He worked with dozens of nonprofit, higher education, and learning business organizations as they considered using online learning to support their mission and margin, using his deep understanding of organizational dynamics, online learning, strategic differentiation, decision-making, and more. Prior to joining Extension Engine, he was a faculty member, administrator, and dean at Michigan Ross and Babson College for 20+ years. He holds an M.B.A. from Georgia Institute of Technology and a Ph.D. in Decision Sciences from the Wharton School of the University of Pennsylvania.